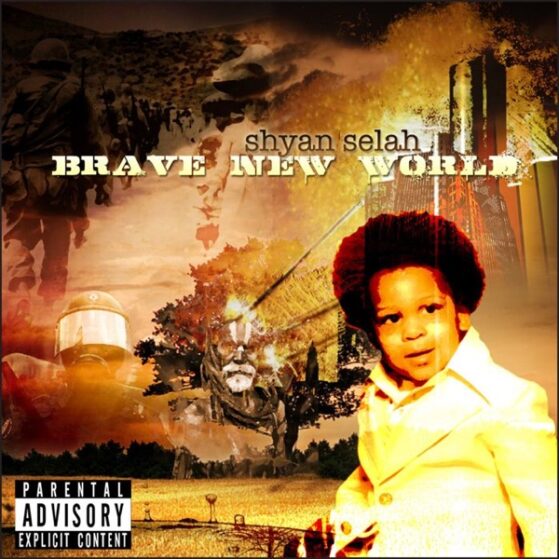 Brave New World is an incredible mixture of hard hitting hip hop beats, classic R&B and soul, with more than a hint of funk and rock. Containing an old school foundation with enough of the now and whole lot more of the future, Brave New World takes a hold of the listener and hurtles them through a journey of passion, pain, sex, love, ambition and revelation. Based on his company’s mantra, Be Brave, the album reflects Shyan Selah’s talent for introducing the most unexpected content over amazingly unique and soulful tracks. Heavily influenced by the purest of sound, when one listens to songs from Brave New World such as “Electric Guitar,” “My Music,” or “The Summer We Fell in Love” they hear the vocal and instrumental essence of Jimi Hendrix, Led Zepplin, Marvin Gaye and Prince. Likewise, the rap essence of Nas, Kanye West, Lauryn Hill, and Jay Z can be felt and heard on “Soul Music,” “I’m a Hustla,” and “Carpe Diem.”